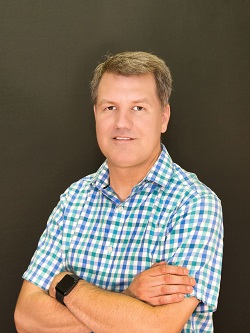 My name is Joshua Clinard. I have lived in Abilene for 20 years. I have been a technology enthusiast for 25 years, and have been working as a professional in the industry for 10 years.

My passion for computers and technology began when I was a teenager after I received a computer book from a friend. I was so engaged with that book, I couldn’t put it down. I enjoyed learning how to use computers, but I was also eager to learn how they worked. I saved up all my money for a few years, so I could buy my first computer. A year later, I built my first computer from scratch. I launched my first website shortly after that, and have built many more since then.

In 2006, I joined the Navy, and worked with navigational tech for about 6 years. After I left the Navy, I attended Texas State Technical College and  earned an Associates degree in Computer Networking and Administration.

For the last 8 years, I have worked for medical and educational organizations as a technology professional. While working for those organizations, I gained experience with a variety of technologies, including CCTV surveillance systems, door access control systems, networking gear and related equipment.